Volume of transit container traffic through Kazakhstan increases by 1.5 times

In the first quarter of 2019, the transportation of containers in transit increased by 1.5 times compared to the same period in 2018 and amounted to 139.1 thousand TEU. "A significant increase in container traffic was facilitated by the timely selection of a strategy aimed at gaining a position in the market of transcontinental transit traffic," the KTZh press service said. 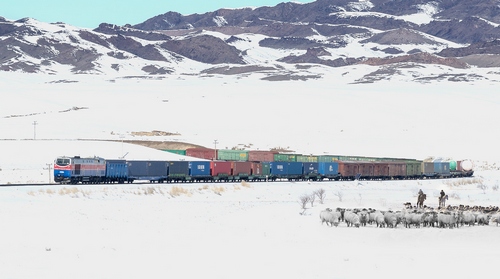 The purposeful work of KTZh at the end of 2018 and the beginning of 2019 allowed to maintain the trend of increasing container traffic along the China - Europe - China, China - Central Asia - China, China - Russian Federation - China routes and other directions.

"The growth of transit traffic was facilitated by high-quality logistics services, customer focus, active work with railway administrations and transport companies within the framework of strategic alliances to create competitive tariff conditions, high-speed service on the main transport corridors," the information says.

Thus, the volume of container traffic in the first quarter of this year along the Trans-Caspian International Transport Route has been increased three times. Thanks to the coordinated work with the railway of Uzbekistan, an increase in the transit traffic of containers in the direction of Uzbekistan and Afghanistan by 57% was achieved.