In 2018, more than 400 trains were sent from Kazakhstan's "Bolashak" border railway station to neighboring Turkmenistan, twice as much as in 2017, Trend reports referring to the press service of Kazakhstan Temir Zholy (Kazakhstan Railways). 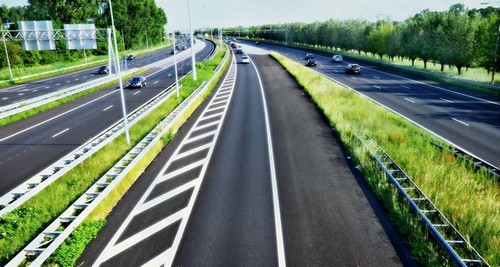 Cargo traffic passes through the Bolashak – Serhetyaka section (Kazakhstan – Iran), part of the transnational railway corridor connecting the two countries with Iran. Transport and transit of container trains are also carried out through Bolashak, along with the route Altyn Gol – Bolashak – Serkhetyaka – Ak-Yayla (Kazakhstan – Turkmenistan).

Auto parts, electronic equipment, household goods are transported via this road. It is worth noting that the project for the construction of the Kazakhstan – Turkmenistan – Iran transnational railway was completed in December 2014.

According to preliminary calculations, the annual traffic volume should have amounted to 10-12 million tons of cargo. Cargoes can be freely transported to the countries of the Persian Gulf, to the Indian Ocean, and exported to Europe through this trade route.

In the future, this path will allow the countries of Central Asia to connect with the ports of the Persian Gulf and the Gulf of Oman via an optimal route. The prospects for cooperation in customs, transportation by road, rail and sea transport and joint investments are being studied at the level of experts within the project framework.