Kazakh-built high-speed electric locomotives to be exported to Belarus

The Kazakh Invest National Company announced plans to export 20 passenger electric locomotives to Belarus at the recent meeting of the Trade Mission of Kazakh Producers in Minsk. The event was held with the participation of Belarusian Chamber of Commerce and Industry and export contracts worth $20 million were signed. 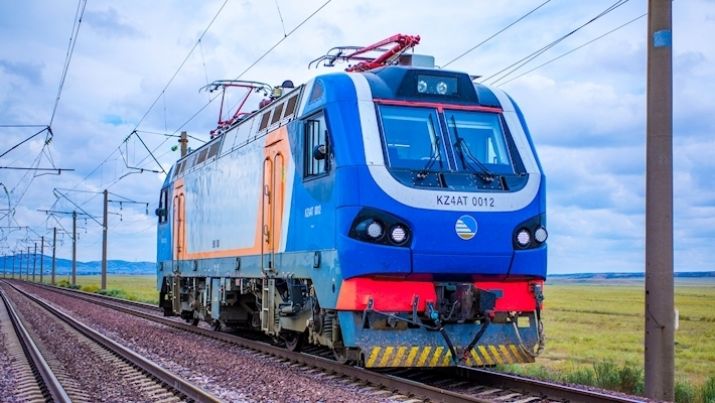 “We are currently working on the electrification of the railways in Belarus and we are interested in Kazakhstan’s electric locomotives,” said Belarusian Railways Chief Engineer Valeriy Shubadarev.

Management of KazAzot and Temir-Service, Kazakhstan agrochemical producers also met with Belarusian Deputy Minister of Agriculture and Food Vladimir Grakun as part of the business forum. Following the negotiations, it was agreed that Kazakh companies will be included in the register of fertilizer suppliers for the needs of agricultural producers of Belarus.

Kazakhstan will also supply the food products for the Vitalyur, the largest Belarusian supermarket chain.

The KZ4AT, a high-speed electric locomotive at a top speed of up to 200 km/h had its initial track test in July 2016. The new single-section multifunctional locomotive was developed by Alstom, a French multinational company, and has the widest range of operation in the world. The convenient conditions, including climate control, seat heating, floor heating, microwave, refrigerator, toilet and other services are provided in the cab for the driver and assistant.