ASTANA – In August, the Aktau port increased its shipping by 50 percent over previous years, reported the press service of Kazakhstan Temir Zholy (KTZ). 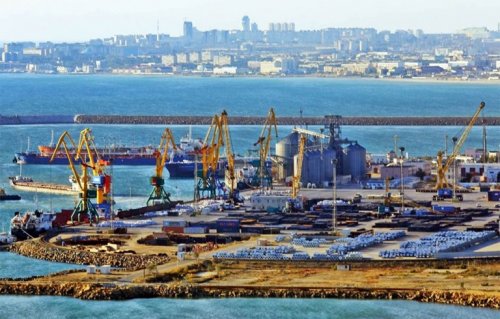 The daily metal handling reached 6,700 tonnes in the second half of August compared to the usual 4,000 tonnes. The port reached such impressive results for the first time in four years. It has become possible thanks to the coordinated work and cooperation of all participants of this process, including the operating companies of the port.

Today, significant changes are taking place in the port of Aktau that are aimed at reaching maximum transparency of its activities, the elimination of unfair attitude to work and the prevention of manifestations of corruption.

The Aktau Seaport Special Economic Zone (SEZ) established by a presidential decree, has been operating since Jan. 1, 2003. Engineering infrastructure subzone No. 3, which is the most compact on the territory, was built from 2009-2012 at a cost of 3.3 billion tenge (US$17.8 million). All networks, roads and railways have been built.