Focus placed on perspectives for promising partnerships and synergies between shipping lines, ports and railways in the Middle-Eastern Region

The 1st International Oil, Rail and Port Conference, organised by UIC -the worldwide railway association, ITE Group – the organiser of 240 events across the globe together with the Railways of the Islamic Republic of Iran (RAI), was successfully held from 15 – 16 May 2016 in Tehran in conjunction with the RAILEXPO 2016 Rail Exhibition. 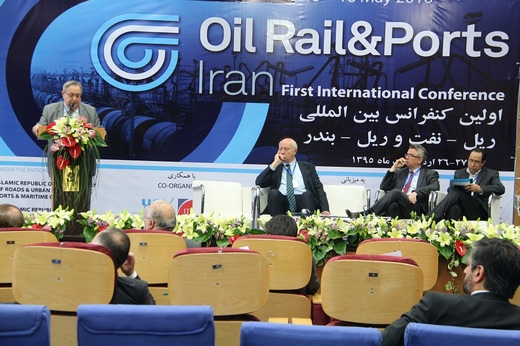 This first ever international event organised by the rail sector in Iran on the topic of enhancing partnerships between rail, ports, shipping lines and other actors of the freight and multimodal transport chain, was attended by over 600 participants, including over 100 international delegates from 27 countries. Participants represented government authorities, international institutions, foreign embassies, railways and other stakeholders of the logistics and transport chain interested in developing business in the region. The lifting of international sanctions on Iran is helping to open up broad perspectives for new cooperation and business in the region and added to the debate.

UIC Chairman and Russian Railways President Mr Oleg Belozerov expressed warm greetings to all participants and underlined the excellent cooperation between Iranian Railways RAI and UIC, as well as OSJD and CIS countries.

““UIC, the worldwide railway organisation, is particularly committed to supporting the development of an effective railway and multimodal transport system in the Middle-East. Currently the Middle-East is one of the most dynamic and promising regions for Railways. Let us just mention the large number of railway projects for introduction on high speed rail and new freight services, new cross-border connections, the creation of long distance corridors for freight, as for example along the new Rail Silk Roads. The UIC Strategic Vision for the Middle-East clearly highlights all the potential for the development of a successful rail transport system, offering optimal interfaces with ports, shipping lines and intermodal terminals - including oil and gas terminals – for the optimisation of the global transport chain”.” 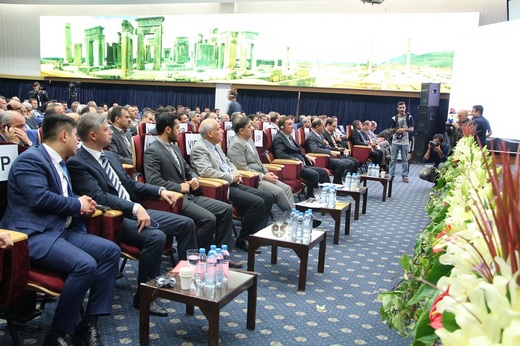 The two-day conference programme was structured around several main topics relating to cooperation with ports on the one hand, and with the oil and gas industry (markets, regulations & logistical efficiency) on the other.