The largest transport and logistics hub beyond the Urals 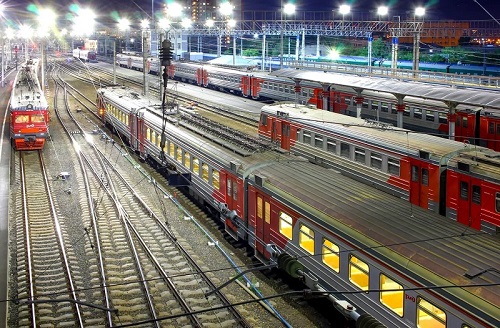 The largest railway, automobile, aviation and river routes cross over in Novosibirsk. Novosibirsk connects Siberia, the Far East, Central Asia, China, Mongolia and Europe. The region has the largest airport complex in the Asian part of the Russian Federation - Novosibirsk International Airport (Tolmachevo) named after Alexander Pokryshkin, which is a hub airport, as well as a modern aviation hub at the intersection of major air routes connecting Europe and Asia, which can accept all types of aircraft. Passenger traffic of the international airport Tolmachevo named after Alexander Pokryshkin in 2021 was 6761 thousand people: international airlines accounted for 715 thousand people, domestic airlines accounted for 6.0 million people. The Novosibirsk region trains move in four directions: Kuzbass, south, east and west, which allows to provide transportation of passengers and cargo by railway from the eastern part of the Russian Federation to the European part and in the opposite direction, as well as provide communication with the bordering countries.

For more detailed information, visit the company's stand at the TransLogistica Kazakhstan exhibition, which will be held from September 20 to 22 at Atakent KCBC, Almaty, Kazakhstan.

Link for registration of visitors with a special promo code: TRA022NEWS