With the aim to give some relief to Almaty’s choking atosphere, German electric bus manufacturer Eurabus is opening an assembly plant in the city. The facility will produce up to 100 buses each year. 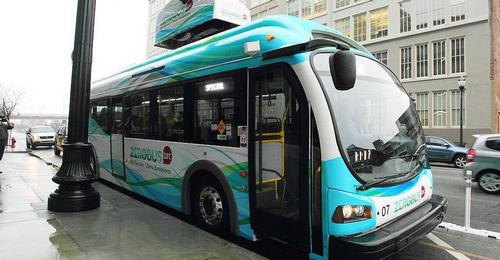 The $44-million plant, using construction kit assembly imported by the manufacturer, will create approximately 400 new jobs. The first completed models are expected in autumn, according to inform.kz.

Eurabus began discussing plans in 2017 to construct two models of its Eurabus 3.0 in Azerbaijan, Kazakhstan and Latin America. Seven hundred vehicles will be brought to Kazakhstan in the next three years.

Almaty, Kazakhstan’s largest city, has declared war against air pollution and the buses will assist in the battle. Initially, the contract partner also ordered diesel buses, but after intervention by city council, decided to completely transition to electric buses. A depot with space for 500 e-buses will be constructed to house the fleet.

Based in Berlin, Eurabus is introducing its own high-energy battery system as a stand-alone product for electric-powered buses and utility vehicles and is preparing the market launch of its next product – a plug & play high-voltage drivetrain platform.

The multi-purpose battery system can serve as a traction battery in electric buses as well as a buffer for charging stations or large-grid industrial storage systems. The scalable lithium battery system provides high energy density. The company has starting supplying the system to partners and will soon offer the platform for buses and utility vehicles.

The electric buses will be powered by modular battery packs of up to 790 kilowatts per hour, allowing the vehicle run up to 650 kilometres on a single charge. BMZ’s li-ion batteries feature a management system, assuring the vehicles can still be operated even if the battery suffers a partial failure.