Kazakhstan plans to allocate up to 150 billion tenge annually for road repairs. This was announced by the Minister for Investment and Development of the Republic of Kazakhstan Zhenis Kasymbek at a meeting of RK Government. 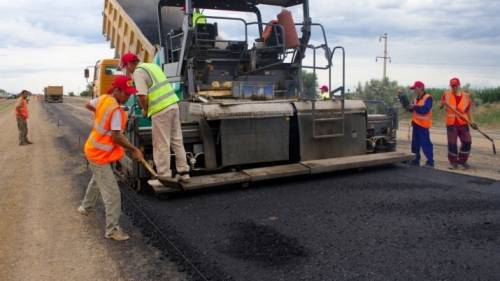 According to the minister, within the framework of the Government's Work Plan, measures will be taken this year to launch a multimodal transportation system and introduce electronic fee collection on the national routes.

"In general, according to this principle in the medium term, it is planned to allocate up to 150 billion tenge annually for development of the local network, which will allow increasing the share of roads in good and satisfactory condition up to 85% by 2025," Kasymbek said.

He also talked about further plans for implementation of the state program "Nurly Zhol."

"Within the framework of the Nurly Zhol program, we will strengthen control over the efficiency and transparency of the use of funds allocated for construction of highways. This year's reconstruction will cover more than 4,000 kilometers of highways of republican significance and 2.5 thousand kilometers of local roads," Minister said.

At the same time, according to Kasymbek, in order to improve intraregional mobility, a special financing program was worked out jointly with akimats.